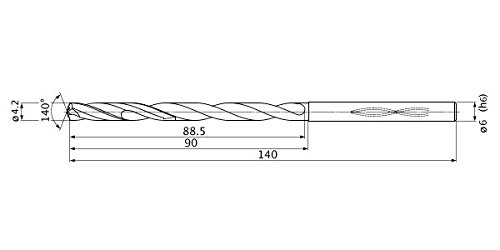 Mitsubishi Materials USA Corporation manufactures cutting tools, rock tools, electronic components and materials, and hard materials solutions for use in manufacturing processes across multiple industries. The company, a wholly subsidiary of Mitsubishi Materials Corporation, was established in 1984 and has its USA headquarters in Fountain Valley, CA.

© 2021 All rights reserved - The Eye of Photography

The Eye of Photography is the ultimate digital magazine where everything about photography art is published daily, highlighted, discussed and archived for all professionals and amateurs, in English and French. Its Agenda compiles the most comprehensive selection of photography events in the world (photography exhibitions, art fairs, awards, lectures, workshops…).

French photographer Sarah Moon (b. 1941, Vernon, France) is one of the medium’s few living legends. Curated by the artist for Fotografiska, the exhibition […]

Franco Fontana exhibits at Atelier 36 Bastille. We were familiar with Franco Fontana landscapes or seascapes, in which he made work of composition, an […]

The Florence & Damien Bachelot Collection Print Award, organized by the International College of Photography in partnership with the National Library of France (BnF) […]

“This award that we are inventing together is important in the construction of the International College of Photography, it is now a strong signal […]

The Académie de France in Rome - Villa Médicis presents this fall the exhibition Comme un chien qui danse (Like a dancing dog) which honors the work, over nearly 30 years, of the artist and former resident of the Villa Medici Natacha Lesueur ( promotion 2002-2003). Natacha Lesueur's work is primarily photographic. Her artistic concerns revolve around the body, appearance, pageantry and the intimate relationship that the body envelope and…

The book "John Cage, in a landscape" is based on a rich photographic material taken of the American composer and theorist between 1977 and 1991, mainly by Roberto Masotti and in the remaining part by Lelli and Masotti, both during events that took place in Italy and abroad, like in his New York house. To John Cage correspond such a multiplicity of aspects that it is even difficult to orientate…

Annie Leibovitz has just won the 2021 William Klein Photography Award from the Académie des Beaux Arts. She is the second winner of the Award after Raghu Rai in 2019. This prize of 120,000 euros is intended to reward a photographer of any nationality and any age for their entire career and commitment to photography. On this occasion and for her exhibition at the Academy, Annie Leibovitz selected more than…

Charles Habib : A meeting with Gilles Caron fifty years ago

Irak, 1930 – Excavating Telloh or The Revelation of Sumer

Subscribe now for full access to The Eye of Photography! That’s thousands of images and articles, documenting the history of the medium of photography and its evolution during the last decades, through a unique daily journal.

Sign up to receive email updates and to hear what's going on with our magazine!

Brescia - a place where ancient and modern coexist - becomes a “photographic universe” that winds along with exhibitions and events. The Brescia Photo Festival 2021 program is dedicated to cultural, archaeological and historical heritages seen through the lens of authors such as Elio Ciol, Donata Pizzi, Gianni Berengo Gardin, Maurizio Galimberti, Giovanni Gastel, Franco Fontana, Federico Veronesi, Alfred Seiland, just to name a few. In addition, unique pieces like…

Robert Koch Gallery presents Mimi Plumb: The White Sky, the gallery’s second exhibition by American photographer Mimi Plumb. Plumb's black and white photographs of 1970s life in Walnut Creek expound evocatively on the peculiar banality of Californian suburban sprawl, touching on candid narratives of youthful summertime wanderlust. The resulting eerily compelling images lead the viewer through tangential story lines that are mysterious yet familiar. The exhibition is accompanied by a…

In celebration of the centennial of his birth, Gitterman Gallery acknowledges the distinctive art of Jean-Pierre Sudre (b. September 27, 1921 – d. September 6, 1997). A masterful technician in the darkroom, Sudre employed and created innovative techniques that amplified the abstract and suggested both spiritual and metaphysical concerns. Enamored by the wonders of nature and the possibilities of photography, his investigation began in the early 1950s photographing nature. His…

When the talk is about photographing celebrities, most inevitably think about the person in front of the camera. Actually, though, the one behind it is of much greater importance. Because it’s the photographer who sets the stage, chooses the lighting, and selects the lens. The photographer’s work turns the person in the picture into an icon, or the photos into the witnesses of a personality. Today, hardly anyone makes this…

First exhibited in 2019, this is the first time The Crimson Line series has been shown in Europe; a meditation on the impact of hard industry on the visual environment, Trent Parke uses the fleeting colours of twilight to irradiate an overlooked, unappealing and often-ignored world. Last year Trent Parke worked alongside STANLEY/BARKER Books to publish a revised version of the series, containing never before seen images in a tonal…

The Photographer’s Way : A Creative Project About What It Takes To Become A Visual Artist : Kate Kondratieva

To celebrate World Photography Day and visual artists from all over the world, Depositphotos, a content marketplace with over 210 million images, music, and videos, is introducing a new project called “The Photographer’s Way”. Over the next 4 weeks we will present 2 portfolios a week from their selection, this is : Kate Kondratieva. The project explores what it takes to become a photographer. What stereotypes do artists face during…

The Photographer’s Way : A Creative Project About What It Takes To Become A Visual Artist : Eldar Khamitov

To celebrate World Photography Day and visual artists from all over the world, Depositphotos, a content marketplace with over 210 million images, music, and videos, is introducing a new project called “The Photographer’s Way”. Over the next 4 weeks we will present 2 portfolios a week from their selection, this is : Eldar Khamitov. The project explores what it takes to become a photographer. What stereotypes do artists face during…

A figurative approach to photography Photography was originally a passion for Eric Houdoyer before taking a prominent place in his life. Specialized in "Street photography" and making the street his theater, he is constantly on the lookout for the next image to capture. Reactive, precise, his images could be similar to Hopper's paintings. He attaches importance to the graphic and contrasted aspect of the images in which the human presence…

Perrotin Tokyo presents a solo exhibition of JR’s work, new or never seen before. Consisting of early iterations of his Unframed series, dating back to 2012, as well as brand-new works created in his home city of Paris during the pandemic, the artist revisits his roots throughout this show. Much of JR’s work deals with people whose stories would not be told otherwise — people whose lives are often obscured…

An affinity for beauty shaped the life and work of the American photographer Peter Fink (1907 – 1984). After studying art in Chicago, his talents led him into the world of exclusive interiors and lifestyle. He worked as an art director for the couturier Lucien Lelong and Lanvin Parfums, responsible for showroom design, product packaging and advertising at both luxury houses. He lived in New York and Paris, met greats…

This is the 22nd installment of the online series by Peter Fetterman Gallery called the Power of Photography highlighting hope, peace and love in the world. We invite you to enjoy and reflect on these works during this time.   Arthur Elgort (b. 1940) Stella Diving, Watermill, NY, Vogue, 199 © Arthur Elgort/Courtesy Peter Fetterman Gallery Well Arthur certainly got the shot this day. This was a last minute “gift” from the photo gods. The shoot…

Six years in the making, the latest photobook by Marc Wilson is an extraordinary journey across 20 countries, documenting the physical traces of the Holocaust. Photographed in more than 130 locations, the 360 images are paired with 22 stories from Holocaust survivors and their descendants. A Wounded Landscape brings the past into sharp focus, forcing us to confront the fact that these terrible events happened in our world. “The Wiener…

Georges Rousse, this burglar. Like him, he always starts with scouting, he wanders in search of buildings he could invest. Then he draws plans, and considers a method of action; Georges Rousse is a burglar. One of the last places he visited is the Ingres-Bourdelle museum in Montauban. Taking advantage of the reopening of the institution, following its renovation, and the request of its director Florence Viguier-Dutheil, the artist has…

A Better Life for Their Children Born in America to Jewish immigrants, Julius Rosenwald rose to lead retailer Sears, Roebuck & Company and turn it into the world’s largest retailer of its era. Born into slavery, Booker T. Washington became an educator and was the founding principal of the historically Black college Tuskegee Institute. In 1912 the two men launched an ambitious program to partner with Black communities across the…

Subscribe now for full access to The Eye of Photography! That’s thousands of images and articles, documenting the history of the medium of photography and its evolution during the last decades, through a unique daily journal.

Subsribe now / Login
Support us with a donation or offer a subscription to a loved one!

to continue improving our independent magazine or to make a great gift to one of your loved ones (from 5 euros for a one-month subscription and 50 euros for a 1-year subscription).

PS: for gifts, please send us the email of the lucky one to info [at] loeildelaphotographie.com

Keep an eye out for the latest photography news! Join our Newsletter

Every morning, receive the latest world photography news and events. And it's free!

Create an account and subscribe
Keep an eye out for the latest photography news! Join our Newsletter

Every morning, receive the latest world photography news and events. And it’s free!

The Eye of Photography Agenda is the very first global agenda for photography. News from all over the world are gathered in our unique geo-tagged map. 5 connected platforms will promote your event: our website (premium events displayed on each page), its web-app, our special Agenda newsletter sent every Monday (30K+ subscribers), our Facebook, and Twitter pages. Bringing together 250,000 visits each month, The Eye of Photography is the 5th media for photography in the world, and the first in France. Publish your event now on our platform to make it visible to our entire community. We will present you our offers after receiving this form.